Autobiographical and fiction stories as well as random nonsense.

(Spoiler alert- if you haven’t seen Braveheart or Turner and Hooch, read the Bible or watched the final episode of How I Met Your Mother, you may be bummed out by this essay. Go back and absorb all those stories, then return and read my blog. (Oh, Game of Thrones, too.)

Our society has been conditioned to expect, nay demand, a happily-ever-after conclusion to our stories. Perhaps it is the drudgery of our day-to-day lives that makes us crave the culmination of all loose threads of every movie and television show. Not unlike Pavlov’s dogs, we expect our reward when we have been good little viewers. However, this is a recent development in storytelling. Characters in legends of old didn’t get to ride off into the sunset. Don’t read any  Greek or Roman myths, or many Shakespearean plays, if you plan on getting all upset about the lack of a proper ending.

Ask Tom Hanks what was wrong with the ending of the ‘80s buddy cop flick Turner and Hooch and he will tell you they shouldn’t have killed the dog. Why? Afterall, the dog died heroically jumping in front of a bullet meant for Tom Hanks. Moviegoers hate seeing a dog die. Period. Ask my twenty-something friend, Jamey what was wrong with The Empire Strikes Back and he will tell you he didn’t like the unhappy cliffhanger ending. I would argue that the ending was intended to lead us to the final chapter in the epic tale, but he can’t have that. He needs a neat wrap-up to any story he reads or watches, preferably tied up in happy-ending ribbon. I wonder what he will think if the How I Met Your Mother finale when it comes out next year on Netflix.

There are many popular books and movies with tragic heroes. Braveheart won Best Picture despite its hero dying at the end. The Bible’s main character is murdered, but like many comic book super heroes comes back after a short hiatus. Game of Thrones/A Song of Ice and Fire is immensely popular, despite, but possibly because the most distinctive ‘hero’ is beheaded in book 1 (or season 1, for those of us who prefer our books in video form). Maybe these stories come with the built-in realization that characters might die. That doesn’t stop my ex-wife from fast-forwarding through the “sad parts”. 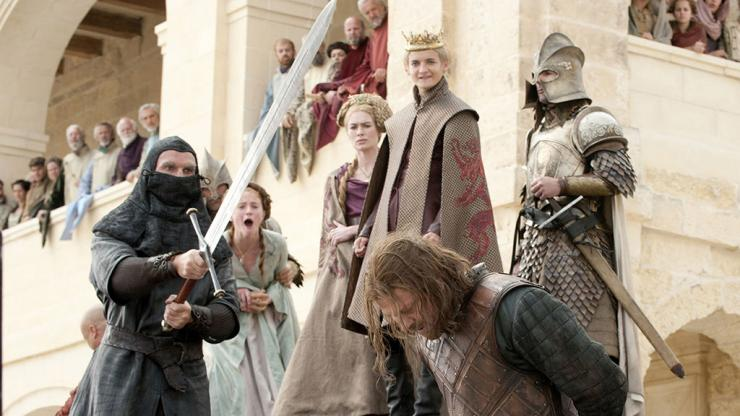 I have followed the adventures of Ted and the gang since the beginning of How I Met Your Mother, and I made the mistake of reading the general populace’s and professional reviewers’ reactions to the final episode. In a nutshell, people were mostly upset by the lack of a happy ending. Viewers were choking on their own bile that the ‘mother’ died, and that Ted went back to Robin with the famous blue horn. Simply put, the ending was not pretty. Robin and Barney were divorced, the gang was having trouble getting together en masse, and the mother of Ted’s kids, whom we had just gotten a glimpse of, and perhaps began to like, was dead. 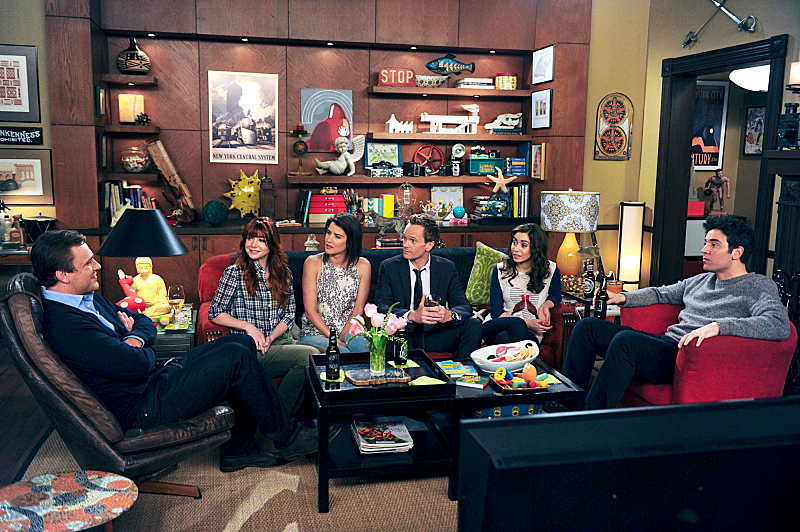 Truly, there are no ‘happy endings’ in real life, and perhaps we seek that in our fictional stories. In the real world, no one lives happily ever after, unless we end the story at a particular happy moment. However, it’s a direction that the storytellers take, to assume the recipients of said tale are adults and they understand that we take our happiness where we can get it, and an ending will always be made sadder by the happiness that led up to it. How I Met Your Mother did something brilliant by silencing the demands for a reunion episode.

I believe we need to break away from this predictable method of storytelling and learn to accept the journey to its end and not be so disappointed by a sad ending. To quote Dante from Clerks, “That’s what life is; a series of down endings.” Perhaps, he is a bit pessimistic, but I agree. If the characters from How I Met Your Mother kept going to McClaren’s every night ,as a group, I would have felt cheated. The show attempted to show, albeit exaggerated, realistic characters, ones to which we can relate. The show reflects real-life relationships (to a degree) and those relationships change over time. People die. They have kids and get married. That’s real life. The only people who live above a bar and still go there every night for a decade are called alcoholics, and I don’t want to watch that show.

If you are upset about how a story ends, just shut up. Yeah, I was annoyed about how Seinfeld ended, and the last season or two of Friends and Scrubs were one or two too many. We’re adults, and as such we need to understand that the only happy endings in life are in fairy tales or Asian massage parlors.